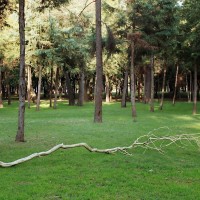 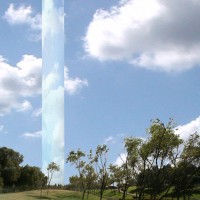 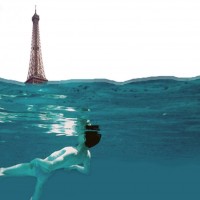 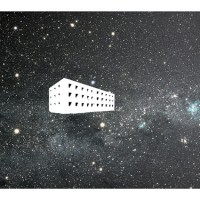 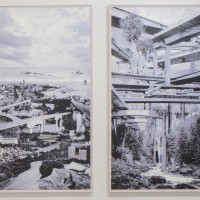 They both live in Mexico since 2007, year in which they created an art direction and design of projects’ studio that intends to have a production in a simple, economical and truthful way.

Delphine Passot. After studying architecture, she worked in several major international firms. Parallel to these activities, she has developed an artistic process in which explorations and articulations between her career and her vocation have grown.

Arnaud Zein-el-Din. Due to his French-Egyptian origin he spent ten years in Cairo.  In 2005 he completed his Master’s degree in Art and Architecture at the Polytecnic Federal School of Lausanne (EPFL), with a special mention.

Some of their most outstanding individual exhibitions are: El mapa y el territorio. Clauselito del Museo de la Ciudad de México, in 2011; Everything exposed by the light becomes visible, Lenapeeps art gallery, in 2009, and Drawings taken out from a dream. The Warehouse, Jersey City, USA, in 2008.

In 2012 they accomplished the artistic residence La Villa Lavoir, and in 2006 La Générale des Arts, both in Paris.

Furthermore, they have developed and collaborated in multiple architecture projects in Mexico, Luxembourg and Paris, being awarded in some of them.

DEAR’s work is founded in observation and highlighting of what we commonly do not see or what is undetermined, in other words, what remains with no order or categorization, but is part of the ordinary or it is feasible of being so.

Both ways or strategies they use to reveal the beauty or weirdness of what is possibly real, operate in a dual way, one of poetic and documental character, centered in the appropriation of urban and suburban areas, and the other one based on building and creating environments or architectures that become real through images.